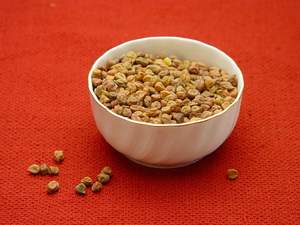 Five brothers: the village called them the fingers of the hand. Nabil, the youngest, still a child, saw time as eternal and unrewarding. His four brothers, all teachers, lacked any sense of the long term.

The day their father died, Nabil heard the old man suffering the pangs of death.

“Life is a tree – plant it, water it, take care of it,” he heard him saying, “then one day you shake it and all the good things tumble down. Love, friendship, money and fruit.

“You must repay our guest. 2,000 dinars or my soul will know no peace. And take care of him. My eternity is in your hands.”

The guest in question was a blind man who had lived with Nabil’s family for years. Unmarried, homeless and alone, he had entrusted 2,000 dinars to Nabil’s father, to pay his funeral expenses when he died.

As time went by after the father’s death, memories of the old man faded, as did the subject of the debt. Only the blind guest and Nabil’s mother, sipping coffee together, kept alive the old man’s memory. Whenever the blind guest sighed, Nabil remembered the unspeakable burden: the 2,000 dinars for the funeral expenses. He set himself the task of repaying his father’s debt.

He allowed his brothers a few more weeks to remember their filial duty. Nothing of the sort happened.

Nabil’s dreams became nightmares, in which his father was chased by fire. This vision haunted Nabil’s nights. There came a night when Nabil could bear his father’s screams no longer. He sneaked out of the house.

The village streets were empty. Armed with a torch, eyes on the ground, Nabil searched for small coins which had fallen from people’s pockets. The first night Nabil stayed out nearly an hour. He went home with a mere one dinar, in twenty centime coins.

On subsequent nights he stayed out longer. But after a month, he had collected only twelve dinars, a far cry from the required two thousand. One of his brothers finally put an end to the secret hunt – he saw him leaving the house at an ungodly hour and threatened to tell the rest of the family.

The collected coins, wrapped in a handkerchief, disappeared into a hollow leg of the iron bed in Nabil’s room.

Having done with the ground, the child turned his attention to the village belly. He bought chickpeas and asked his mother to roast them. He said he needed pocket money, an irresistible argument in a house where teachers did not tolerate extravagance. Nabil made paper cones from old exercise books and filled them with roasted chickpeas. He sold the cones in school, at playtime. When classes were over, Nabil ran back home to hide his earnings in the bed leg.

One weekend, while his mother and brothers visited an aunt, he counted his cash – nearly 100 dinars.

There was no respite for his father in eternity. The harrowing screams would never stop if Nabil did not slave and save. He boiled a pound of chickpeas, this time to sell in the village coffee shops. The chickpeas quickly sold out.

When Nabil returned home, only the blind guest was in the house, in his room listening to the radio. Nabil put a cooking-pot full of water and chickpeas on the stove, sat down and dozed. Familiar voices woke him. The family had returned. Nabil turned off the stove but failed to empty the cooking-pot. Standing in the kitchen doorway, his eldest brother angrily pointed a finger at Nabil.

“Where were you?” he asked.

“Do you hear me?” he said, “you should have come with us to visit your aunt.”

“I’ll go and see her right away,” muttered Nabil.

“Nabil can feed him too …. with chickpeas”, added another brother.

The whole family was in the kitchen now. The blind guest entered last. The brothers scorned Nabil’s idea of selling chickpeas and scolded him severely. Only their mother stood by him, arguing simply that her little son was too young to know better. The blind guest gently advised Nabil not to bring shame on his family.

“Did our father sell chickpeas?” said the eldest brother.

“Have your brothers ever sold chickpeas?”

“What matters, to all of us here, is your education,” said another brother.

“We want you to become a teacher. Like us,” The eldest brother added.

When Nabil left for his room, his only idea was to feed coins into the bed leg. Deep down, a feeling of joy overwhelmed him because he had resisted answering questions about a painful and personal Bermuda triangle mystery.

“Halfway between school and delinquency. That’s where you stand at present,” said Nabil’s headmaster. He threatened the child with expulsion if he saw him again lurking around coffee shops. Nabil abandoned the idea of chickpeas altogether.

One morning, approaching school, Nabil saw the blind man taking his daily stroll. Nabil said good morning, then asked the time. The blind man took out his watch, opened its cover and passed two fingers over the dial.

“Young man,” he said, “you are thirteen minutes early”.

“How can you tell the time?” asked Nabil.

“On the hands!” The blind man’s fingers closed on Nabil’s.

“The small hand now. Are your eyes closed? There. Your finger is on it.”

“I can read the figures!” Nabil exclaimed, ‘three….four….six…”

The child ran to the school gate.

“When I have enough money,” shouted the blind man, “I’ll buy you a watch with a second hand. You’ll feel time passing!”

At break times, chickpea eaters complained to Nabil that nothing could replace his snacks. Red-hot seas enveloped his thoughts. In the art class, he drew serpentine tongues of fire, yellow, orange and red, hanging menacingly over screaming children.

Of course, Nabil did not reveal the secret of the hidden money, he counted the coins instead. While the house slept, he carefully lifted the bed on his shoulders. The coins slid out of their hiding-place barely heard.

In between studying, drawing and counting coins, Nabil pestered the blind man about the promised watch who, perhaps out of sheer generosity, pulled out a watch and offered it to the little boy.

“Son, it’s not a brand new watch. But it is accurate. Put it in your pocket. Just stroke it to know the time. I bought this watch when I was twenty. A long time ago.”

That day, invited to share a melon, Nabil followed the blind man him into his room. Hardly had they begun to savour the fruit when the boy conceived another plan for his father’s salvation. The idea sprang from an association of two simple words: “melon” and “train”.

Nabil chose the two o’clock train. At that hour people took refuge in their houses from the heat. Only the brave awaited trains in order to sell melons and beverages. Nabil tiptoed out. He headed towards the station, in his hands four melons bought and hidden the day before.

The train slowed and stopped. Nabil held two melons above his head. One, two, three passengers left the train. The fourth rooted the child to the spot. The melons dropped from his hands. The headmaster. They stared at each other in disbelief.

The family castigated Nabil for days.

“Has our father sold melons?”

“We are teachers, not street peddlers!”

“Our neighbours are making fun of us, it’s your fault!”

Nabil’s mother attributed her son’s first delinquent act to the power of imitation, and the idea of selling melons to the idleness induced by the heat. What happened several weeks later left her bewildered, and amused the village for a long time.

The child sent two friends of his, chickpea-nostalgic schoolboys, to ask his uncle for his daughter’s hand, a little girl named Malika. The uncle slapped the go-betweens in the face, and protested to Nabil’s mother and brothers against being treated with disrespect by his own nephew.

Mohamed Magani is an Algerian novelist and essayist. His novels include La Faille du ciel, which won the grand prix Littéraire International de la Ville d’Alger, Esthétique de boucher, Un Temps berlinois, Le Refuge des ruines, Une Guerre se Meurt, Scène de Pêche en Algérie, La Fenêtre Rouge and Rue des Perplexes. The last of these was awarded the prix de l’Escale Littéraire d’Alger 2014. Mohamed Magani’s short story collections include An Icelandic Dream and Please Pardon Our Appearance. He was formerly a writer-in-exile in Berlin, at the invitation of the International Parliament of Writers and the city of Berlin. Mohamed Magani lives and teaches at the university in Algiers.