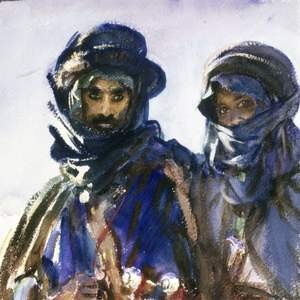 It was not Africa and, on this occasion, even tho’ there was a bloke sporting a white safari suit, it was not a safari. No lions, tigers, just the odd camel or two.…and they were odd, all dressed up Indian style with bells tinkling along coloured reins, plumes on headbands.

Their keeper, Sachin, did not look on me kindly, this Infidel who had no idea how to ride a camel, no clue about how to “hoosh” the camel down to be mounted. This was to be a movie after all, filmed on the vast sand dunes of the West Australia desert. The sepoys were real, as no one else could handle these surly beasts. They had teeth like lichen covered tombstones and their breath did not endear them to anyone.

I looked at the handler again, waiting for instructions, a cue, anything. After all, if I were to play the leading man, I would have to put on a good show. The camel was getting impatient; a long-lashed eye looked at me with contempt. Sachin wore the same expression.

“Say something,” I begged silently.

”Gupta will becoming your teacher. He is a man of great patience.…you will be getting much good obstructions Mister Richard Sahib. I am advising you to listen carefully. Also, he is a much larger man than yourself. To-morrow I am introducing you to the leading lady, Valencia Memsahib. She is having a most beautiful voice with a most abundant…er….er….” He stumbled on the word.

He left the scene rather hastily and I turned to greet my teacher of riding skills. He was larger than me, so I knelt too when he “hooshed” the camel down.

The less said about riding lessons the better and, although the camel, despite being wicked of eye, seemed to be patient and long-suffering, the sepoy wasn’t.

That evening, I stood at the mantelpiece to eat my dinner, hobbled around until bedtime and was trying vainly to sleep face down when a soft knock on the door heralded the arrival of small, sari-clad woman who glided over to my bedside, trailing an exotic perfume mingled with the strong odour of liniment. She grasped my hand as I tried to lever myself up and over.

“ No, no this will not be doing Sahib. You must be staying on your front bits for me to be making the remedy, the massage for the bottoms and back legs,”

I wanted to tell her that I had only one pair of legs, but she whisked the covering off so swiftly that I was speechless and, as she discovered, trouserless. There had been no way I could have worn anything on my bruised and battered derriere and I’d intended to sleep “bottoms up” (this bar room phrase must have originated in riding schools around the world). Like an emu, I buried my head in the pillow and it didn’t seem to matter what she saw so long as my red face was covered.

“Oh dearie me sir, you must not be shying.…even tho’ I am not being as abundant as the leading lady, I am being a very good masseuse. I will be fixing you and tomorrow you will be doing the riding on the camel….Relax.”

I groaned. I was asleep when she left and dreamed of the lovely lady Valencia with the abundant repertoire, of carrying her across the desert on my trusty camel, with a tribe of howling Bedouin in pursuit.

But morning comes as it often does and my recovery seemed miraculous. I was able to walk and dressed quickly, anxious to meet my leading lady.

Several sepoys were bustling around, dressing the camels. Mine was adorned with a jeweled saddle, feathers on the head band, bells tinkling along the reins. I smiled. This saddle was cushioned and plump. The camel winked and seemed more friendly this morning.

Sachin wasn’t. He grabbed my arm.

“No, no Mister Richard Sahib….this is not your camel today. This is being for the leading man.”

He led me over to a group of “Bedouin” and the big black camels.

“You are being a Bedouin today.…you will now being quick with the dressing.”

As my little masseuese from the night before approached with an armful of black robes, I looked back. The man who had been wearing the Safari suit was now resplendent in the jeweled robes of a sheikh and the leading lady was holding his hand. She was magnificently plump and cushioned like the saddle, with her abundant repertoire revealed at last! I donned my Bedouin robes, grabbed a cushion, shoved it down the back of my costume and breathed a sigh of relief.

Gloria Anderlini is an Australian writer and lives in Queensland. She writes both prose and poetry and won an award for the latter from the Henry Lawson Society of New South Wales. Gloria is a member of the Fellowship of Australian Writers Queensland and of Tropical Writers Inc.