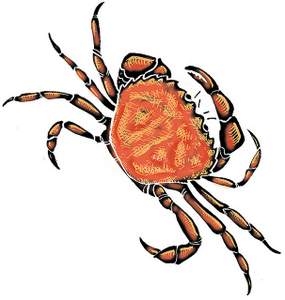 Juan de Bermudez discovered Bermuda in 1505 and that’s how the island got it’s name. Bermuda is a small semi-tropical island in the middle of the Atlantic ocean, to the north of the Caribbean. It is surrounded by coral reefs and shallow waters for many miles around. Except for one species of spider, there are no dangerous animals living on it – no dart frogs for example, which, as I’m sure you know, will kill you if you touch them. One touch and you’re dead. There is no help for you in the whole world if you happen to touch a dart frog. In Bermuda there are no poisonous snakes to watch out for, nothing like that….unless you go in the water, where it’s another story.

In the warm waters surrounding Bermuda the translucent tentacles of The Portuguese Man of War jellyfish will sting you by surprise but it’s not enough to kill anyone. Not like the box jellyfish of Australia. If one of their tentacles happens to cling to you, you are dead within twenty minutes unless you get immediate medical attention or you happen to have a bottle of vinegar; it’s the only thing which will loosen their grip and make them fall off your skin. In Bermuda the only annoying creature is the singing tree frog. Once they start singing, usually at dusk, they don’t stop. For the newly arrived it causes a disturbance so great you cannot sleep. If you stay long enough on the island, you become so accustomed to their lullaby you learn not to fall asleep without it. According to the locals, John Lennon came to the island often and loved their song.

Bermuda is home to the rich and famous but I was going to Bermuda to live and work as a nanny for one of the wealthy families. I arrived in April, the rainy season, and was told about the customs; things to watch out for, places not to frequent and such things. One unusual occurrence was hard to imagine, the annual crab invasion that took place at the end of the summer. I was told the crabs always come on land from the south side of the island, which is where I was staying, and spread out like orange molasses. These small crabs were not good to eat, the locals saw them as a nuisance and their advice was to kill them on the spot with any instrument within reach.

I saw my first crab on the grass one morning. It was a strange sight since they are not accustomed to walk among blades of grass and looked awkward doing so; we were far from the beach. Not having the heart to kill it, I put a bucket over it and decided I would ask someone else to do the dirty work. The next day there were three more and I just left them where I had seen them, given there were no more buckets or anything else to cover them with. The next day, I understood what was meant by the crab invasion. Crabs were everywhere, moving along the grass, in the swimming pool, on the streets, both crushed and living. Pretty soon the streets were full of orange bits and pieces. They were adept at climbing, I saw it for myself. The neighbour across the street had a screen around his back porch for that very reason. I saw the crabs crawling up the screen. He took a broom with which he hit the screen and most came tumbling down, but not all, some had a good hold and continued moving upward to the rooftop of his mansion.

Within a week the orange colour and slow movement of the crabs sickened me and I started killing them with a shovel, though that didn’t seem to make much of a difference because they just kept coming. The whole ordeal lasted about two weeks. It ended as suddenly as it had started. The rains washed away the orange and everything was back to normal on the safe island of Bermuda. 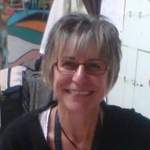