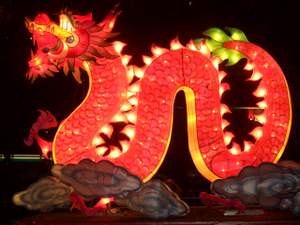 “You are dragon….you work hard for relationship with snake. You better with pig,” Siyan told me.

Her voice was stern and I knew she believed what she said. I pulled my hand away from hers slowly, to draw myself away from her words but without offending her.

“I’m sure we’ll be fine,” I retorted. “Does everybody in Korea believe this though?”

“In Korea, zodiac very important,” she said, dropping the ends of some the words as she struggled to speak English. “If couple is going marry, and they check zodiac, and it say ‘no’, they not marry.”

“Just because it says they are not compatible?”

“Yes, is very important.” Mindy repeated Siyan’s words. “Even in Taiwan, we consult the zodiac. They are similar.”

Mindy sat on the opposite side of the table, while Siyan sat next to me.

Mindy was a Taiwanese mother of two who loved to be around people. Sometimes I felt she stood too close or touched my back unnecessarily when she spoke. She easily showed affection. Her hugs were full, like her body, and warm like I imagined her heart to be.

She easily took charge of situations. On our visit to the island’s enormous statue of Budha, she grabbed the microphone from the tour guide because the young girl couldn’t speak English very well. Mindy gave us the tour instead. She was married but, for most of the tour, I thought she was single because she did not wear a ring.

“It more like Asian zodiac, we all refer to it,” she continued.

We sat under a sunshade at a beach restaurant on Hainan Island. Above the restaurant was a canopy of coconut palm. The waves looked like they carried the stars on their backs to the shore, as they slid gently over the sand. The sunshade was unnecessary in the evening and could not shield us from the warm humid air. But it contributed to the seaside image. That is what I thought of the zodiac….it was unnecessary, but was required in East Asia to bolster the image of love.

Hainan was beautiful. It seemed to be China’s hidden gem, as they worked in secret to polish it with luxurious resorts and restaurants. Construction dust from new hotels being built filled the streets of the island. But places like Sanya Beach and Sansha remained clean and hidden.

As journalists, we couldn’t afford to pay for ourselves to stay in Hainan’s resorts. But the Chinese tourism department had paid for us….Siyan, Mindy, the other eight journalist and bloggers.…and me. It made the trip more special, to experience this hidden treasure with journalists from all over the world.

“Have you ever been in love with someone who you didn’t match with?” I asked Siyan.

The women all looked at me as if I were about to make a big mistake. It was as if they expected me to end my five year relationship with my boyfriend, Thulani, because of its poor performance under the short analysis of the zodiac.

“Yes, we together for six year, but didn’t work out. Very painful,” Siyan replied. I thought I saw glass sheets form over her eyes.

Siyan was forty. I couldn’t believe it when she told me. She looked at most twenty-eight. She was Korean and a broadcast journalist from a news station in the country. After she told me her age, I began to confirm some signs of ageing. lines whispered her age from the corners of her eyes and on her neck. Maybe it was painful memories of a lost love that were etched on her face.

“But was it because of the zodiac?” I asked. I knew I should have let it go but I needed to know more.

“No, he just not ready. And I tried but….” and Siyan trailed off.

She reached over the table and skilfully tweezed a piece of fish from the communal plate at the centre of the table with chop sticks, and dropped it on her plate in front of her. I saw her pale skin was flushed. She offered me a gentle smile to dissolve the awkward mood but her smile seemed lost on her sad face.

Something too large for my throat to swallow formed at its opening. I sat quietly as my muscles massaged it down my throat from where it hung, until it fell into the pit of my stomach and did not dissolve. It just floated in there uncomfortably, heating up my stomach. It was traveller’s regret. I regretted wanting to experience the culture of China and its neighbour Korea to the point of allowing its history to predict my Xhosa future.

But I also felt convicted. The zodiac was not what upset me. It was that it might be true. I wanted the zodiac to confirm my compatibility with Thulani because, after five years and no engagement ring, I felt the relationship could not confirm itself.

“So what is a dragon like?” I asked Siyan, hoping to change the mood. She excitedly took out her phone and told me she was going to do a quick search on the zodiac’s app to tell me the characteristics of a dragon.

“Dragon very strong,” she said, her small eyes, which seemed to be pulled dramatically at the outer edges, looked up briefly from her phone. “You ambitious, you not scared and you take risk.”

“No, no….you are, you dragon. Just think, you are twenty-five old journalist in China all by yourself. But you like to be by yourself,” she said, adamant to prove to me who I was.

I smiled and told her I would try to live up to my horoscope. And pigs, she told me, were loyal and kept relationships for life.

“Snake is quiet and wise, good at business,” she told me.

Thulani was in business. But the zodiac had a way of providing descriptions that fit everybody. I still couldn’t understand why we would not be compatible.

“You would be bored, so you have to work hard for passion,” she explained.

“Are you and your boyfriend passionate?” Mindy asked.

“Yes we are,” I replied with a coy smile.

“Then don’t worry, Just keep working at it,” she told me.

I tried to resist the feeling of relief her words gave me because it would mean I believed in the zodiac. But I failed, and breathed a sigh of relief.

“Why don’t Chinese and Korean women wear rings?” I asked.

“How do you mean?” Mindy asked me.

“Well, you are married but you don’t wear a ring. Many of the women I have seen on this trip do not wear wedding rings.”

“Oh, I don’t like it, it makes my finger sore,” Mindy said laughing.

“Wearing a ring is a western thing. We don’t really do that here,” Siyan said.

I had been examining the fingers of every Chinese woman I saw. Siyan told me that many of the women in Korea didn’t wear rings either. I wondered about this world where love is confirmed by the zodiac and yet rings are not needed as a declaration of that love. The idea of wedding rings had probably been brought to South Africa by marketing from De Beers. Was wearing a ring to show marriage just an act of vanity which was actually not required?

“So how will a man know not to approach you because you are married?” I asked.

“The younger girls are wearing rings, we don’t wear rings,” Mindy said, laughing at my curiosity.

“Do women in South Africa wear rings?” Siyan asked me.

“Yes, a woman will not marry a man without a ring. When he asks her to marry him, he asks her with a ring.”

“So when is your boyfriend giving you a ring?” Siyan asked me, smiling.

“Would you like me to read your palm?” Siyan asked me.

I knew I should have said no, but she was so excited to share her culture with me. And I was desperately curious about this world that could predict everything. She held my hand in hers. The contrast in our skin colours was almost like black and white. My brown skin, like fine cocoa granules moulded together to make a hand, sitting in her olive hands.

She must have sensed I was nervous because she looked at my braids and told me they looked vey pretty. Then she opened my hand to expose my palm and smiled. I struggled to believe that the creases on my hands created before my birth held any forecast for my future.

“You are like me when I young,” she said, with a knowing smile.

“Don’t be too quick to choose. You are young, take your time, try different things and meet new people. Then decide,” she said.

“I mean in everything.…take your time to explore world, people, love.” 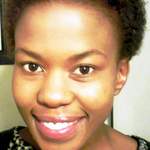 Andiswa Onke Maqutu is a South African writer and the author of Black Women Be Like, a book presenting the challenges, triumphs and experiences of twenty-first century black women in South Africa. It is the first volume in the #BlackWomenBeLike series of books, short stories, poetry and visual and audio artworks created by black African women from around the continent. Andiswa’s writing has appeared in ELLE, the African Roar anthology, Storymoja and Poetry Potion, as well as here on StoryMondo. Andiswa is always writing and, when she is not writing creatively, she writes factually as a business journalist for one of the oldest business dailies in South Africa. Follow Andiswa on:
@Andiswa_mqt
@BlackWomenBLike
Facebook: Black Women Be Like