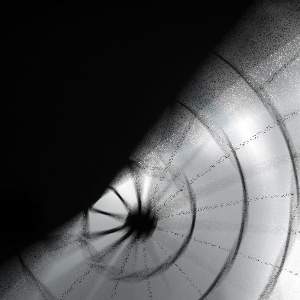 The beer flowed freely. Drinking was not allowed in the women’s hostel but tonight was special. It was Litia’s birthday and we were having drinks in Bau’s room before making our way to the clubs in Lautoka.

“Happy birthday Tia.” All spoke in unison, to the clinking of the glasses..

“Just make sure that T does not hear. Shhhhhh….no need to scream guys”, Bau admonished us.

T was for Taina the matron. She ruled the place like a sergeant major. Apart from an obsession with orderliness,T was a lovely person but like a prickly pear when she was angry. Yet I liked her. She was one of those no-nonsense people who tell you straight to your face if there is something wrong.

Yet today, we were not thinking of T. We were thinking of another T, Tia my friend, who was celebrating her twenty second birthday. Today was the time to get drunk and disorderly, even if it was late afternoon on a Friday.

Oh, here was Tia’s cousin Kara with a bottle of rum.

We were delighted to see Kara. She was like our minder, our security guard. When we wanted to get drunk, we knew she wouldn’t get as drunk as us. Kara was a woman in her forties, whose husband had left her. Yet, what I saw tonight was a woman determined to enjoy her time out with younger women like us.

“Where’s the hot stuff at?” I turned to Bau.

We drank the hot stuff in a koda fashion, Fijian for a straight stiff drink without any coke. I didn’t know when we left the room but it was to be only a matter of time before the brown liquor would take effect.

The whole world was swirling.

Kara hailed a taxi. There were four of us girls: Tia, Bau, Kara and me, all crammed into the vehicle like sardines. The taxi driver looked sideways at us and smiled. Our rum and cola breath was enough to perfume the taxi with intoxicated sweetness.

I am sure we went to The Cave, a notorious club downtown. Here you see everybody: the prostitute, the dock worker, the bank official, the teacher, the married man and the young lads and girls like us.

We paid at the door.

“Wasteeeed….,” a friendly looking bouncer greeted us. He was obviously Tia’s friend. They hugged.

“Going in, frendo,” Tia replied, and we trooped in.

I wasted no time. I hit the floor and got down to some dancing moves. Who were my partners? I remember picking daddy-like men. Anyway they were having a good time and so was I.

After about ten minutes of dancing, I was pulled away by a man. He had an iron grip and somehow I could not see his face. I waved and shouted to Tia but my voice was drowned out by the music. Anyway, she and the others were standing in a group and the man was getting me away from their sight.

There’s something wrong with this. Did he put something in my drink?

I must have been totally drunk because I found myself ushered out of the nightclub. Did those bouncers just help him?

A cold wind bathed my face and my drunkenness abated.

Keeping hold of my arm, he waved down a taxi.

With that part of my brain that was working, I could see that the driver was a Fijian man old enough to be my father. The world still swirled and I was trying very hard to make sense of what was happening. It was like trying to get your grip in quicksand. I knew I was fighting a losing battle.

I mumbled a quick prayer to God.

Lord, I don’t know where this guy is taking me but please get me safely home.

“Driver, can you stop here?”

“Go driver.” He turned to me. “We are going home, remember.”

The driver looked at me disdainfully and his eyes reflected his conclusion. I was drunk and this man was my boyfriend.

“He is a bastard, driver…now let me out!”

All this was taking place in a moving car. It was insane and dangerous.

Am I getting raped tonight Lord?

Topline was notorious for being a place where criminals and drug dealers hung out. Just in the last two months I knew of a girl my age who was gang raped somewhere around there.

I swore at the man, at the driver and at the world.

The driver peered at his rear-view mirror.

“If I were your daughter, would you allow this man to take me home? Look, I am drunk, I don’t know him. I have been telling you so many times for the past ten minutes.”

The driver turned in to the road that led to Topline. I could see the Girmit center. He drove into a side road and stopped.

“Look. You gotta let her go. She, obviously is not your girlfriend. Come on man. Where’s your heart? Let her go.”

The man turned to me with hatred.

I opened the door and closed the door of that taxi fast. I stumbled onto the sidewalk. The taxi reversed and drove off.

I started off on what I reckoned would be a twenty minute walk back to the hostel.

Dear Lord, I promise you. I will stop drinking for good if you can get me safely to my room. Oh dear, the girls will be asleep and the gate will be locked. Lord, get me out of this state please. I’ve got to think clearly and it is difficult.

The danger of the situation was clear to me. I was out in the open and walking on the road at one in the morning. There was a cool breeze and the moon struggled to get out from behind the dark clouds.

I passed those silent rain trees and I passed the Fiji Sugar Corporation guards.

I kept on walking and saw first the Wesleyan church and then the Presbyterian church. I was making progress.

Dear Lord, just eight more minutes. Please keep the gate open for me. I don’t want to climb that tree to get into the compound. I have dignity Lord. I am a teacher and I hate doing that. I remember doing that once and it wasn’t a nice experience. There were catcalls from passing vans and trucks.

I walked past the Fiji Pine office. I stole a glance at T’s house right opposite. It was shrouded in darkness. I would not share this tale with her. She would laugh at me and say good luck, you deserve it for following those girls.

I remembered what she had once said to me.

“You know honey, I don’t know where that angelic innocent girl go….I can’t see that in you anymore. You need to stop following those girls. They will lead you to a place you will regret for the rest of your life.”

I shuddered at the meaning of those words on this dark chilly night. I had been taken against my will because I was some doozy drunk on a Friday night. Why do guys do that? No, only losers do that….only losers who cannot get a girl when she is sober…..I let out a silent curse at the man.

Tia and the girls would laugh at this escapade.

Ahhh, there is the roundabout and the house is just opposite. The house stood like a refuge for the wandering traveller. My heart rejoiced.

Please Lord, clear the road for me.

I kept on walking as if I had just emerged from a war zone, which I had.

I checked the gate. It was wide open. I mumbled a silent thank you and walked tiredly to my room. The other girls had not arrived yet. I didn’t want to turn on the light. I quickly locked the room and dived onto the bed.

I scrambled around inside my head to try to understand what had just happened. I said my prayers and asked the Lord to give me the strength to stay sober in future. Funny, how I did not even know his face, the guy who took me. I could pass him on the street and not know him nor what he intended to do to me that night.

There are some experiences we go through in a lifetime. For me, this was one of them. 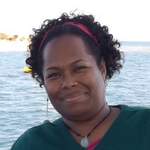 Kelera Tuvou Ganivatu is a teacher and a writer from Fiji. She and her husband have left the comfort of home to explore the world through teaching. Currently, they are in Mexico where they enjoy the food, art and culture. They adore the Monterrey landscape and are slowly learning to speak Spanish. Kelera writes stories and poetry and a favourite theme is the plight of marginalised people.