Yoked With An Unbeliever 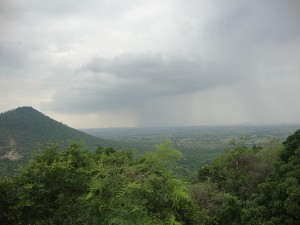 I am dying for you, and you are dying for another.
— Punjabi Proverb

When the Gravesend tender left the P. & O. steamer for Bombay and went back to catch the train to Town, there were many people in it crying. But the one who wept most, and most openly was Miss Agnes Laiter. She had reason to cry, because the only man she ever loved—or ever could love, so she said—was going out to India; and India, as every one knows, is divided equally between jungle, tigers, cobras, cholera, and sepoys.

Phil Garron, leaning over the side of the steamer in the rain, felt very unhappy too; but he did not cry. He was sent out to “tea.” What “tea” meant he had not the vaguest idea, but fancied that he would have to ride on a prancing horse over hills covered with tea-vines, and draw a sumptuous salary for doing so; and he was very grateful to his uncle for getting him the berth. He was really going to reform all his slack, shiftless ways, save a large proportion of his magnificent salary yearly, and, in a very short time, return to marry Agnes Laiter. Phil Garron had been lying loose on his friends’ hands for three years, and, as he had nothing to do, he naturally fell in love. He was very nice; but he was not strong in his views and opinions and principles, and though he never came to actual grief his friends were thankful when he said good-bye, and went out to this mysterious “tea” business near Darjiling. They said:—”God bless you, dear boy! Let us never see your face again,”—or at least that was what Phil was given to understand.

When he sailed, he was very full of a great plan to prove himself several hundred times better than any one had given him credit for—to work like a horse, and triumphantly marry Agnes Laiter. He had many good points besides his good looks; his only fault being that he was weak, the least little bit in the world weak. He had as much notion of economy as the Morning Sun; and yet you could not lay your hand on any one item, and say: “Herein Phil Garron is extravagant or reckless.” Nor could you point out any particular vice in his character; but he was “unsatisfactory” and as workable as putty.

Agnes Laiter went about her duties at home—her family objected to the engagement—with red eyes, while Phil was sailing to Darjiling—”a port on the Bengal Ocean,” as his mother used to tell her friends. He was popular enough on board ship, made many acquaintances and a moderately large liquor bill, and sent off huge letters to Agnes Laiter at each port. Then he fell to work on this plantation, somewhere between Darjiling and Kangra, and, though the salary and the horse and the work were not quite all he had fancied, he succeeded fairly well, and gave himself much unnecessary credit for his perseverance.

In the course of time, as he settled more into collar, and his work grew fixed before him, the face of Agnes Laiter went out of his mind and only came when he was at leisure, which was not often. He would forget all about her for a fortnight, and remember her with a start, like a school-boy who has forgotten to learn his lesson. She did not forget Phil, because she was of the kind that never forgets. Only, another man—a really desirable young man—presented himself before Mrs. Laiter; and the chance of a marriage with Phil was as far off as ever; and his letters were so unsatisfactory; and there was a certain amount of domestic pressure brought to bear on the girl; and the young man really was an eligible person as incomes go; and the end of all things was that Agnes married him, and wrote a tempestuous whirlwind of a letter to Phil in the wilds of Darjiling, and said she should never know a happy moment all the rest of her life. Which was a true prophecy.

Phil got that letter, and held himself ill-treated. This was two years after he had come out; but by dint of thinking fixedly of Agnes Laiter, and looking at her photograph, and patting himself on the back for being one of the most constant lovers in history, and warming to the work as he went on, he really fancied that he had been very hardly used. He sat down and wrote one final letter—a really pathetic “world without end, amen,” epistle; explaining how he would be true to Eternity, and that all women were very much alike, and he would hide his broken heart, etc., etc.; but if, at any future time, etc., etc., he could afford to wait, etc., etc., unchanged affections, etc., etc., return to her old love, etc., etc., for eight closely-written pages. From an artistic point of view, it was very neat work, but an ordinary Philistine, who knew the state of Phil’s real feelings—not the ones he rose to as he went on writing—would have called it the thoroughly mean and selfish work of a thoroughly mean and selfish, weak man. But this verdict would have been incorrect. Phil paid for the postage, and felt every word he had written for at least two days and a half. It was the last flicker before the light went out.

That letter made Agnes Laiter very unhappy, and she cried and put it away in her desk, and became Mrs. Somebody Else for the good of her family. Which is the first duty of every Christian maid.

Phil went his ways, and thought no more of his letter, except as an artist thinks of a neatly touched-in sketch. His ways were not bad, but they were not altogether good until they brought him across Dunmaya, the daughter of a Rajput ex-Subadar-Major of our Native Army. The girl had a strain of Hill blood in her, and, like the Hill women, was not a purdah nashin. Where Phil met her, or how he heard of her, does not matter. She was a good girl and handsome, and, in her way, very clever and shrewd; though, of course, a little hard. It is to be remembered that Phil was living very comfortably, denying himself no small luxury, never putting by an anna, very satisfied with himself and his good intentions, was dropping all his English correspondents one by one, and beginning more and more to look upon this land as his home. Some men fall this way; and they are of no use afterwards. The climate where he was stationed was good, and it really did not seem to him that there was anything to go Home for.

He did what many planters have done before him—that is to say, he made up his mind to marry a Hill girl and settle down. He was seven and twenty then, with a long life before him, but no spirit to go through with it. So he married Dunmaya by the forms of the English Church, and some fellow-planters said he was a fool, and some said he was a wise man. Dunmaya was a thoroughly honest girl, and, in spite of her reverence for an Englishman, had a reasonable estimate of her husband’s weaknesses. She managed him tenderly, and became, in less than a year, a very passable imitation of an English lady in dress and carriage. [It is curious to think that a Hill man, after a lifetime’s education, is a Hill man still; but a Hill woman can in six months master most of the ways of her English sisters. There was a coolie woman once. But that is another story.] Dunmaya dressed by preference in black and yellow, and looked well.

Meantime the letter lay in Agnes’s desk, and now and again she would think of poor resolute hard-working Phil among the cobras and tigers of Darjiling, toiling in the vain hope that she might come back to him. Her husband was worth ten Phils, except that he had rheumatism of the heart. Three years after he was married—and after he had tried Nice and Algeria for his complaint—he went to Bombay, where he died, and set Agnes free. Being a devout woman, she looked on his death and the place of it, as a direct interposition of Providence, and when she had recovered from the shock, she took out and reread Phil’s letter with the “etc., etc.,” and the big dashes, and the little dashes, and kissed it several times. No one knew her in Bombay; she had her husband’s income, which was a large one, and Phil was close at hand. It was wrong and improper, of course, but she decided, as heroines do in novels, to find her old lover, to offer him her hand and her gold, and with him spend the rest of her life in some spot far from unsympathetic souls. She sat for two months, alone in Watson’s Hotel, elaborating this decision, and the picture was a pretty one. Then she set out in search of Phil Garron, Assistant on a tea plantation with a more than usually unpronounceable name.

She found him. She spent a month over it, for his plantation was not in the Darjiling district at all, but nearer Kangra. Phil was very little altered, and Dunmaya was very nice to her.

Now the particular sin and shame of the whole business is that Phil, who really is not worth thinking of twice, was and is loved by Dunmaya, and more than loved by Agnes, the whole of whose life he seems to have spoilt.

Worst of all, Dunmaya is making a decent man of him; and he will be ultimately saved from perdition through her training.

Which is manifestly unfair.