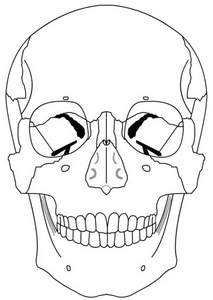 It’s coming up to the witching hour of midnight and, on a twisty road high up in Jamaica’s Blue Mountains, Old Man Hedley is out all alone. He is using a lantern to light his way through the darkness. Then a sudden gust of wind blows out the candle in his lantern. Now Old Man Hedley needs a match and that is just what he doesn’t have no matter how often he pats his pockets. The only thing for it is to find someone to give him a light.

He looks around but there’s not a soul to be seen in any direction. “This won’t do,” he thinks to himself and decides to head on down the road a piece and see if he can’t bump into someone. Sure enough he soon sees a big man coming towards him out of the shadows. “This fellow will see me right,” Old Man Hedley mutters. Then he sidles up to the fellow all polite and friendly and says, “Excuse me, friend, have you got a light?”

The man turns his head and draws back his lips in a long slow smile. But the smile isn’t warm and affable; it’s cold like winter. It’s the smile of a dead man – a dead man with long, sharp teeth. The longest, sharpest teeth Old Man Hedley has ever seen in all his born days. Hedley’s knees start knocking, his eyes pop and he screams like a stuck pig and all the while the man stands there smiling his dead man’s smile.

Old Man Hedley doesn’t need any second bidding. He takes off back up that lonely road like a streak of greased lightning with extra grease! He’s running fit to burst. Then when he can’t run another step he stops and gulps air into his lungs. He figures he’s put enough distance between him and the dead man now. He stumbles on through the darkness ‘till he meets another fellow on the road.

“Lord, am I pleased to see you,” he says. “Way back down the road there’s one of the walking dead. He’s got the longest, sharpest meanest looking teeth. And do you know what he does with them? Man, he smiles a smile that freezes the blood in your veins and that’s the honest truth!”

The other man stares at Hedley and then he begins to smile. And it’s not just any old smile, it’s the selfsame smile Hedley’s just been talking about. The moonlight’s shining on those long, sharp teeth and Old Man Hedley’s beginning to wish he’d never gone out walking. Then it seems to him that instead of screaming his lungs out he’d be better off running away. So he does. He turns round and sprints back up the road the way he was going originally. He doesn’t so much as glance over his shoulder. At last he sees a man heading towards him. But Old Man Hedley isn’t worried. He’s sure this is a mortal, living breathing man just like him.

“Hey brother, am I pleased to meet up with you. I’ve just met me a ghost and he’s …”

The man doesn’t seem to be paying attention. He just blinks his eyes and says, “Tell me, friend have you ever seen teeth like these?” He pulls his lips back and there they are again, those nightmare teeth and that smile as cold as winter.

Hedley’s so scared he doesn’t know up from down and he squawks like a hen who’s found a weasel in the farmyard. Then his legs do the thinking for him and they take him racing down the road again. Hedley’s still clutching his lantern when, sure as night follows day, he sees a man heading in his direction.

The fellow gives a laugh like ice cracking and says, “What’s up, friend? Can’t you find anyone to give you a light for that lantern of yours?”

Hedley has had just about all he can stand of this. He decides he’s going to give this undead creature a taste of his own medicine. Old Man Hedley squints at the fellow and says in his nastiest voice, “Now look here, have you ever seen teeth as long and sharp and mean as these?” Then he draws his lips back and smiles.

But the man doesn’t even flinch. “Reckon I have,” he replies.

Hedley scratches his head. “Where?” he asks.

“In the mouth of that fellow standing right behind you,” says the man.

Hedley winces and then turns round really slowly. He comes face to face with the dead man who is smiling his horrible smile.

Old Man Hedley screams so loudly it bounces off the moon then he takes to his heels and runs so far and so fast that he hasn’t stopped running yet.