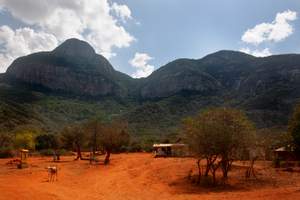 Standing on the same spot on the rock-capped hill as I used to many years ago in my childhood. Not much change except the absence of the legendary, gigantic Mugumo tree and a few blue gum trees being the only remnants of a reforestation program. The semi-wide valley stretching into the vanishing point of the horizon reminds me of my past, the bitter past as I call it.

Seated on a stone next to a tree trunk in a pool of thoughts, watching the wandering silhouettes of busy village men and women going about their daily chores. As busy as they used to be ten years age, don’t they get tired? Being my unanswered question.

A strong wave moves across the land, as if meant to resurrect the bitter memories of the past which I have fighting hard to forget. Memories still fresh in my mind. I can recall everything as if it happened yesterday. Bitterness stirred up in me, and truly I have a good reason for did they not betray my innocence? Ten years in exile is not as short as yesterday or a few minutes down time’s lane.

The sun has risen just as on any other day. With the Bible held between my hands, down on my knees. I asked the man upstairs for a peaceful day. Although I was not religious I chanted the phrase, Lord bless my day.

I never thought it would ever happen to me. It was a Saturday and we had just come out of school. We were expected to work hard since, in a term’s time, we would be sitting the Kenyan national examinations, which I looked forward to with the utmost expectation. Just as usual, a close friend and I passed by a neighbor’s homestead, via a cowshed surrounded by banana and coffee plantations. A few minutes later and we were on the open field which is divided by the River Kiroro. After our few hours of studying, books held tight to our waist, we were on our way home.

No sooner had I gone indoors to be greeted by my parents than we heard the thumping of feet followed by a hammering on the door – there were our neighbour and a few others, including Jack, a close friend and classmate. Ugly pangas and clubs rusting for blood were held high awaiting a command. Without a chance to prove my innocence, the neighbour warned of wanting back his goat “before tomorrow noon”. Both mother and father pleaded but with zero success.

After my neighbour and his gang had cleared off, we had a meeting and combined our thoughts. My family being too poor to be able to afford to pay off my accusers, mama produced a solution from the knotted edge of her headscarf. A two-hundred shilling note, which would be my gate pass to Nairobi. My departure was to take place the following mourning at dawn. There was a short prayer succeeded by a word of wisdom. She said, “Son we know you are innocent, remember when truth dominates, lies depart. One day truth will out.”

Life in Nairobi has not been a bed of roses. But in my mind I had always carried the intention to repay the price of a goat I never stole and clear myself of the debt. For days I have gone hungry to save a coin, learning the tough lessons of from life. Those were the days I drained off my tears. Free from debt, free from solitude, free from everything.

On my feet again, my feeble legs carrying me towards what I once called home, the first person I see is my mum, abandoning what she is doing just to give me a welcoming hug. The lost son gets home once again. Where is father, I ask suspiciously, only to be answered by a finger pointing towards a grave in the coffee plantation. It’s time to mourn for my dead father.

The following day, after the warm welcome, mama told me of the departed lies. Jack, my close friend, was serving a seven-year term for stealing a neighbour’s chicken and confessing to the theft which had betrayed my future. But still, I have to pay the owner for he said I was responsible. But do you think seven years in prison is equivalent to my ten years in exile? My lost education or my ruined name? 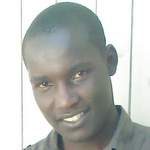 Peter Kimani is a Kenyan writer of fiction. Born in 1991 in Nyeri, Central Kenya, he was educated at Wamutitu secondary school before moving to Nairobi, where he studied Fine Arts and Design in the Buru Buru Institute of Fine arts. Betrayed Future is his first short story to be published online. While continuing to write, Peter is extensively involved also in illustration and painting.