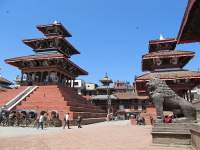 He asked me again and again “to come and see”
child man, proud Sherpa, trusting innocent, philosopher.
It was important to him to share his pride.
Unprepared I entered:
the agony was undiluted, the screams silent,
angry red flesh festered through matted hair.
Steps retraced, repeated in endless circuits.
Crucifixion of a different kind:
cross, cage, confinement, dirt, dung, defilement.
A lion cub is the only redeemer, playing, still whole.
If only I could have cried, torn the cages, fought the steel!
Instead in sorrow and pain:
I begged silent forgiveness, while he shone with pride.