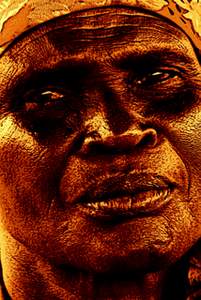 It was an unusually sunny day in early spring. I had just succeeded in putting the children to bed for their afternoon nap. That was a tough job as they prefer to play rather than sleep, especially when the sun is up and other children are running around outside laughing and playing.

As I sat at the dining table reflecting on the day, my eyes were glued to the blossoming flowers at the window. I was momentarily lost in thought as my mind wandered away.

Many years ago, when I was still with my grandmother in our tiny village of Afube, I used to try to engage her in conversation, as I wanted to hear her once more tell me stories, stories I and my cousins had listened to times without number. Yet, we were never bored by hearing them all over again.

Every time she re-told a story she did so with new vigour and enthusiasm. She didn’t seem to find it tiring to tell it over and over again. And if someone joined us after she had started, it was not a big deal to her to start again from the beginning. She enjoyed such memorable times and her wrinkled brown face lit up with a smile which displayed her scanty yellow teeth. She was always happy and sang traditional songs even when it was evident that she had not had a decent meal in days. Her joy knew no bounds.

We listened to different stories but she had a favourite which she often began with, except when we protested and asked for some other particular story instead. She told us how they had danced in the rain as little children. Even though they got coughs and colds thereafter, no parent dared prevent their little ones from playing in the rain; it was their right.

Adaku and I had confronted her on her constant happiness and the secret behind it.

“I am in-between life and death; I have lived long enough and any time death calls I will gladly answer.”

She explained that she had gathered her life baskets and that one of her legs was already with her ancestors while the other remained with us. This amazed our young minds and we wondered how any human being could reason that way, as though she were calling on death to hurry up and take her to the great beyond.

Over a hundred years old, our grandmother was the oldest woman in the village. We were glad to have her around and prayed for her to live longer so that we could continue to enjoy her rich collection of folk-tales, despite the fact that we doubted the authenticity of most of them. Yet, it was the best way to relax in the evenings under the shining moonlight.

Her angelic, melodious songs often reverberated all over the compound and people left whatever they were doing to listen. Her sonorous voice left the listeners asking for more. She thanked her maker for her longevity and said she was ready to meet Him any time He pleased.

Nonetheless, she had a no-go area which she hardly wished to enter. It was a part of her past she would rather not remember. She hesitated whenever we asked about the war that had killed a million people, including members of her own family. I guess that, when the one occasion came when she did tell us about it, it was because she was so grateful for having survived and so that we would know and remember our history.

Before the war, and being the only girl, she lived in a city in the northern part of Nigeria with her seven brothers and her parents. Before they could even gather some of their possessions to escape from the war-torn state, three of her brothers were slaughtered in the family home. They had tried to confront the heavily armed Hausa who stormed their house in the early hours of the morning and who were searching the neighbourhood looking for ‘infidels’ to kill. It was clear to my grandmother’s family that they could not wait to sell their father’s shop but must flee for their lives.

As soon as they had escaped from the assassins, they made to leave the city. As they were about to board an overcrowded train, another group of fanatics, chanting religious songs, struck again, killing more of the family members.

Eventually, only my grandmother, one brother and her father made it back to their home village, alive but empty handed.

She said the war didn’t get to Afube as a huge mountain hid them from the rest of the villages. They were safe but the prevailing hunger and famine did affect them in great measure.

I saw that her eyes were saturated with tears as she concluded her story. Obviously, she didn’t want to weep in front of her grandchildren as they might be frightened or even join in. She was ill at ease on her low plastic chair. She wanted to get up but her walking stick was not in sight. Ebuka had taken it and was playing with it out back. I called out to him to return it and we helped her to her feet and took her back to her little hut.

The next day, I brought her lunch and sat with her as she ate a breadfruit. I had become her favourite granddaughter, as she found me helpful and always within reach. I asked her questions about her youth and whether she had been able to fulfil her dreams and aspirations.

“I almost achieved the goals I set for myself and would have done much more had the civil war not broken out and my dreams been shattered.”

There was a feeling of regret on her tired face; she seemed to go down memory lane in her mind’s eyes.

I searched her face and noticed she was in deep thought, so I let her be for a while. I also tried to imagine how it must have been for her and the whole family during those times.

A few minutes later and she didn’t seem to have recovered. Her eyes stared in to the air without a blink.

I became nervous and wished I hadn’t put the question to her in the first place. Her frail body and heart must have been truly hurt by my reminding her of a past she most likely desired to do away with, forever.

“Mama nnukwu, Grandma, o gini, what is it, are you al-right?”

Her eyes blinked and she let out a weak smile but said nothing. I repeated the question and she sat up and looked at me intently. I felt guilty and looked away. My eyes gazed at the unfinished lunch on the mud floor and then back to her. Her voice was now cracking as though a lump were in her throat.

“My daughter, dreams are what keep us going in life and we must have visions of what we want to achieve, else life will be meaningless. Yet, we must not blame ourselves for not reaching our goals, particularly when it’s beyond our control.”

She began to cough and I ran outside to bring her drinking water. She wanted to continue her story but I begged her to rest for the day; I had given her enough headache and any further attempt could be fatal.

I convinced her to rest on the mat, which she did without hesitation.

I left the next day for my boarding school in the city; that was my last conversation with the old woman. I never saw her again before she died two years later. Yet, our last discussion remains fresh in my memory.

As I looked from the dusty window that afternoon, the spring sun that shone in my face reminded me of the days we gathered at my grandma’s hut, with the moon as our only source of illumination.

I miss those days and whenever I listen to children chanting nursery rhymes, she comes alive in my memory.

And just as she had unknowingly advised me in her parting words, I shall continue to dream. 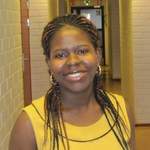 Hope Nwosu is a writer, motivational speaker and activist. She believes the pen is mightier than the sword and that men and women should have equal rights irrespective of race or social standing. She champions the cause of the oppressed, particularly that of marginalized African women. Hope Nwosu also speaks on how to make the best out of difficult and bleak situations through faith in God, hard work and a positive disposition.
Website: http://storieswithoutborder.com/