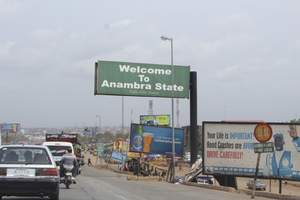 Early before nine o’clock in the morning, the February sun was already up and hot as the small group made their way through the bush path to the church for the thanksgiving mass. Cynthia and her own group followed closely behind the adults.

Today, for the first time in about six months, her mum was wearing colorful clothes, a pink lace blouse and a gold wrapper with a pink gele,or scarf. The outfit was completed with purple purse and slippers. Cynthia realized that she had not seen her mum this alive and beautiful since the death of her dad six months ago. Funny, she was even getting used to seeing the woman in the white which had been her sole wardrobe these past months – white clothes, white shoes, white ear rings, white bag, white scarf, white necklace, everything white and topped with clean shaven hair. This, she was told, was the custom of the people of Anambra State and especially those of the town of Oraifite – her father’s people.

Cynthia too had her hair scraped completely before the burial, despite her objections. These practices were considered to show genuine mourning for the deceased. But she had never felt as though she were a part of these people. Even now, as the group drew close to the church and surrounded by her cousins escorting her to the thanksgiving mass, she felt like an outsider in their midst.

Her mum looked back to check on her.

She knew her mum worried more about her now that it was just the two of them. She understood that because she felt same way too, the need to protect and love her more. She couldn’t wait to leave Oraifite. Thankfully, her mum agreed that they would leave after the ceremony.

By 4 pm, the last guests had gone and mother and child were ready to go back to their home in Ozubulu. No one raised an eyebrow at their sudden departure, at least not openly, because Cynthia’s mum was a nurse and would be on duty tomorrow morning. So off they went, travelling the thirty minutes distance between the two neighbouring towns. At home, it was back to what life had become – the two of them and the television for company but, anyhow Cynthia mused, it was better than staying with her father’s people. She had decided to wait till her cousin Chioma arrived from youth service camp in Enugu before going back to university.

On Wednesday, Cynthia’s mum received a call from her sister-in-law, who was married to her late husband’s brother. Her countenance changed completely.

“Mum, what is it? What happened? That was Mama Ray right?

“Yes. She told me that your cousins and their father have started using those building materials your dad was keeping for the clinic. They are using them to erect a new building on his land at the outskirts of the village, the land meant for the clinic”.

Cynthia looked at her in astonishment.

“Why would they do that? Without even consulting you? Mum, that’s ridiculous”.

“Sweetheart, I don’t know, no one told me anything about it till now”.

She picked up her phone from the table and started scrolling through it.

“Who do you want to call mum?”

“Emeka, your dad’s cousin, it seems they sometimes listen to him,” she replied, already speaking into the phone.

After the call, Cynthia asked her mum what the man had said.

“He promised to look into it. I hope he can talk sense into them. What right do they have to touch any of his things without asking us first, even if they don’t see us being able to use them?”

Fortunately, Chioma arrived later that same day and regaled them with tales of her service year. They waited to hear from Emeka but to no avail. When, after a week, they still hadn’t heard, Cynthia’s mum travelled to Oraifite to speak to her in-laws. She got an earfull in the form of her brother-in-law’s explanation,

“Miss, since Teacher my brother died without a surviving son, everything he owned now belongs to us. Who, if not my sons and I should inherit his things?”

‘Miss’ was the nickname they gave her in Oraifite, right from the first time she got married to their kinsman, while Cynthia’s father had always been ‘Teacher’ because he was a teacher. Miss’s mouth hung open in astonishment; her eyes began to sting from unshed tears. But the man was not done yet,

“My brother’s landed property, assets, in fact, everything, including you if I want Miss, belong to me and my sons as his only surviving brother. The best we can do is allow you to stay in the house you shared with him here in Oraifite while he was alive and even that depends….”

Cynthia’s mother was shocked to the marrow. She used to hear of such evils being perpetrated against women but did not think it possible that her own in-laws had it in them to be that wicked. When the man was done ranting, she got up, wiped her eyes with her handkerchief, dusted her buttocks and quietly left without a word.

She got home and told her story to Cynthia and Chioma amidst more tears. The girls encouraged her to begin a legal battle against the in-laws but she refused, not wanting to take the risk of leaving her daughter an orphan. She knew how diabolical the man was.

“Not yet, girls. Let’s take it easy and not rush into hasty decisions that we might regret in future”.

Even though the girls did not quite share her sentiments, they consented.

Before long, matters came to a head. Cynthia’s mother travelled to the village only to discover that most of the property in their house was missing – cooking utensils, electronics, mostly gifts from their wedding that had not been used yet. She noticed that someone was even occupying one of their rooms. As she paced the floor her anger and frustration grew. She wondered why her in-laws were being so callous towards her and her daughter, their daughter. Every unused item of worth in the house was gone, all the beautiful things she kept for her dear Cynthia carted away. The tears came again unbidden.

“Oh Chris! Why did death snatch you away only to expose your daughter and me to this cruelty from your people? I feel alone and helpless not knowing how to fight them.” She wailed in pain.

Her next stop after confronting her husband’s brother was to the eldest man among her late husband’s kinsmen. She reported the entire goings on to him. The old man was stunned at the news, or pretended to be, and promised to call a meeting of villagers to address the issue. She must however present them with a fat he-goat before they could meet. She gave him the money for the goat and went back to Ozubulu to await the outcome of the meeting.

Within days however, her brother-in-law’s wife Ma Ray called again and asked her to come to the Oraifite as soon as possible. So, after her morning’s work, she went there for the second time in a week. She was lost in thought as the vehicle navigated the bumpy road to the town, worrying about the call, imagining the worst that could happen.

When she got to the house however, what she saw before her was way beyond her imaginings. Just beside her house, in the open, lay most of the property she and her husband had ever used since they got married. Their matrimonial bed with its duvet and bedspread lay where they were carelessly dumped, other items were lying haphazardly around, cooking pots, stove, books and everything lay there for the world to see and the elements to destroy. Her twenty five years in Oraifite lay before her like trash.

Their actions had spoken louder than words.

She let out a scream that she was not even aware of. She screamed again after which people, mostly women, started gathering, whispering to one another, none daring to challenge the man they all feared. As they drew closer to hug and console her, she snatched their hands away and sped off, back towards the road. She ran as if the demons were at her heels, needing to distance herself from these people. She felt the blood pounding in her ears, tears pouring like rain on her beautiful face, blinding her.

Then there was that screeching sound, that heavy thump as her body landed on the windscreen of the oncoming car, the sound of glass shattering, another sickening thud as her body hit the tarred road, blood, so much blood everywhere. 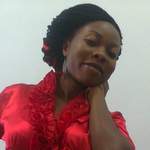