The Journey to Bethlehem 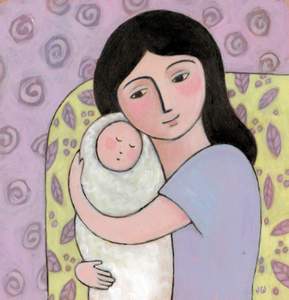 The old shepherd stumbled across the threshold, bringing his two little lambs in out of the cold. Bundled tightly under his coat, close to his body, they were silent and still. It was dim in the stable. The only light was that of an unusually bright star, which earlier had shed enough light on the old goat track for him to find his way through the snowdrifts to this place.

He took the tiny creatures from under his coat and laid them gently on the stacked straw, packing it around them.

He lifted his head, as a sudden cry, followed by a stifled sob, came from the back of the stable. He limped over to the long bench, which held the manger, then stared in amazement at the young woman who was obviously in the final throes of labour. The young man holding her hand and bending over her, trying to calm her was on the verge of panic. Isaac looked quickly around.Two people, no midwife, no one to help.

“I can help you,” he said gently, moving the young man aside as the girl cried out again, her eyes beseeching. The young man tried to push Isaac away, but the old shepherd persisted

“Do you have a knife or a sharp blade? I will have to cut the cord when the baby comes. Hurry, it won’t be long.”

He saw that there had been a fire lit in a small enclosure and that there was a pot of water bubbling on the iron slab.

“Go and get some hot water,” he ordered. “In a dish or a bowl, and towels, clothes, anything!”

“Just another little lamb,” Isaac smiled. “Only a baby lamb, of course I do!”

The baby was coming fast. He rolled up his sleeves and got to work.

Joseph placed a bowl of hot water on the bench next to the manger and passed Isaac a small knife. Isaac looked at it doubtfully, then shrugged. He noticed that a soft cloth had been placed over the straw and another had been folded beside it. He smiled.

He was uneasy. He hoped the baby would come soon. The three men he had passed on the goat track were strangers. Their clothes were not from this region, and they were too well dressed to be robbers. They had been non-committal, even secretive about their destination.

He had hurried past them, intent on getting his lambs out of the cold. Now he had another problem. What if they were Herod’s men, on a mission to kill every newborn male in the country? He would have to warn the parents. Hide the child if it was a male. There was no time.

The baby came and it was male. When the baby was cleaned and wrapped in soft swaddling cloths and safe in his mother’s arms, Isaac relaxed, and went back to his lambs.

The light from that strange star was suddenly blocked by the dark silhouettes of the three strangers. 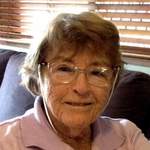 Gloria Anderlini is an Australian writer and lives in Queensland. She writes both prose and poetry and won an award for the latter from the Henry Lawson Society of New South Wales. Gloria is a member of the Fellowship of Australian Writers Queensland and of Tropical Writers Inc.