It’s Been Nice Knowing You 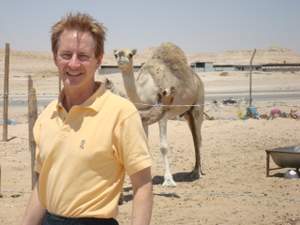 “It’s been nice knowing you.”

That’s what my friend, said when I told him I had taken a work assignment in Saudi Arabia. Though in different words, his reaction wasn’t unique. I’d never been to Saudi Arabia and what I’d heard in the news, saw in pictures, and read, made me wonder what it is like.

I’m an American consultant who specializes in training organizational leaders and teams developing interpersonal skills. I’d dreamed of working internationally for years. This was an opportunity to do that in a fascinating and exotic place. So when I got a call asking if I was interested in an assignment in Saudi Arabia, I said “Yes,” with enthusiasm and a tinge of trepidation. What follows are excerpts from my journal. I offer my perspective on this fascinating culture, the people I met and a few lessons learned.

Where Am I?
Less than six weeks after I got the call, I left Chicago and was on a plane to Dammam. By 4:00 a.m. the next day, I found myself at the airport looking for the driver who was to drive me to my Saudi residence. Surprised at how easily I’d made it through immigration, I was even more surprised to learn that my driver had left without me because my plane arrived three hours late. With no one else to call, I swallowed hard, and chose what I’d hoped would be a trustworthy driver just outside the airport. Abdullah, my selection, quickly loaded my suitcases into his cab before asking my destination. When I told him, he seemed puzzled but nonetheless determined to get the fare.

How Did I Get Here?
The only time I was ever nervous about my safety in Saudi Arabia was on that drive from the airport. At 4:30 a.m., the flat straight road sliced through the desert like a knife. I’m convinced Abdullah drove at least 100 mph as we whizzed through the blackness interrupted only by an occasional blurred light along the highway. “I just hope to Hell he knows where he is going, and that where he is going is where I want to be when we get there.” I thought. When I finally saw the lights of the compound, I breathed a sigh of relief (about Abdullah’s reliability). After unloading my bags, he told me the fare which I gladly paid. I thought after he quickly sped away that I should have gotten a receipt. The next day I understood why he didn’t offer one. It seems that Abdullah charged three times the regular fare. Since I was new in town, and desperate, I was ripe for the picking. Lesson one: Always get a receipt.

My Job
I’m working for an oil and gas company in an 8-week training program designed to teach newly graduated engineers and scientists about the geological and engineering aspects of finding oil and getting it out of the ground. My job is to supplement the technical training with what they call the “soft skills” of leadership, presentation and business writing. I also coordinate the classroom activities of the 24 participants and address the day-to-day “life skills” of punctuality, attendance and the life dramas of “20 somethings.”

Seven Calls for Tomatoes
Women in Saudi are not allowed to drive and many consider this a hardship. Today I got some insight into the challenges this has for men. Mustafa was telling me that he was unable to stay late to finish a project because he had to go to the grocery store for his mother. Besides taking their mothers, wives and sisters to doctor appointments, shopping and more, men are often tasked to pick up things on their way to and from work. Mustafa said that his mother called him seven times to ask and remind him to pick up tomatoes. I didn’t inquire why she thought he wouldn’t remember after the second or third call. Later I was told it might represent her desire to accomplish something yet feeling helpless. I suspect there are many women here who feel that way. That puts extra pressure on the men in their lives, too.

Onion Rings, a Cheeseburger and No Fries
I went to the cafeteria today and was hungry for a cheeseburger. As I was about to order, I noticed they also served onion rings. So I asked for onion rings and a cheese burger. The rest of the conversation went something like this:

What I received: onion rings, cheeseburger and fries. Note to self: Never underestimate what we don’t know.

Gone with the Wind
Today I experienced my first haboob (No, it’s not what you’re thinking!). A haboob is another name for a sandstorm. It’s sort of like The Wizard of Oz cyclone meets “sandmaggedon.” I describe a haboob as similar to a Midwestern blizzard, with two key differences. While a blizzard is windy, cold, and snowy, a haboob is windy, hot, and sandy. It’s unbelievably eerie when pale dust fills the sky and the wind howls. It reminds me of what my parents used to say about the “Dirty Thirties” of their childhoods.

It’s Not Just for Breakfast (or Dinner) Anymore
Several years ago, Florida Orange Growers launched a marketing campaign encouraging people to drink orange juice any time of day. Anita Bryant, their spokesperson, sang and danced her way across our television screens. I was just reminded of that little jingle. Each Thursday, one of the teams brings breakfast for the class. Today, we had sandwich wraps containing stir-fried camel liver. I assure you, it doesn’t taste like chicken; rather, more like beef liver only a bit on the “gamey” side. Saudis commonly eat liver for breakfast. They say “it’s good for your health.” Our hosts pointed out, however, that it’s not a good idea to eat it at night as it might cause bad dreams. I asked if this included dreams of camels eating their livers. They weren’t sure what to say.

Half a Cup of Coffee
Last week I was talking with Salam, one of the program participants. He told me about how upset his father got with him one day when they had guests visiting their home. In Saudi, it is customary to serve guests coffee or tea along with something sweet like dates. After the guests left, Salam’s father scolded him for fully filling the guests’ coffee cups when he served them. Most Americans would wonder why the fuss; but in Saudi culture, filling a cup half-full is symbolic that you are there to serve, and filling cups half full allows you more opportunities to serve your guests. 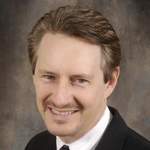 Lee Johnsen, CPLP, CPT, SPHR, is President of Partners in Development. He has a 20-year record of successfully guiding organizations toward improved productivity and work relationships resulting in significant growth. He has previously held management positions in fortune 500 corporations. Lee has presented at regional and international conferences on topics including e-learning, accountability, and leadership of global virtual teams. He is a published author, and is an adjunct faculty member of the American Management Association (AMA). He is an expert at helping virtual teams and their leaders navigate the challenges and opportunities of living locally and working globally. In 2014, Lee spent five months working with young leaders in Saudi Arabia. To learn more about Lee, go to http://www.partnersindevelopment.net  or e-mail at LeeJohnsen@partnersindevelopment.net