The Red Devils of Manchester 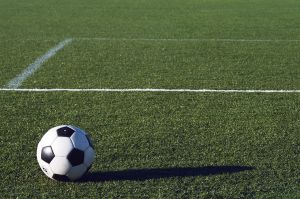 John Smith was driving home from work and he was not a happy man. His boss had kept him late, the streets of Manchester were gridlocked and John was desperate to get home in time to see the big match on television. Manchester United were playing and John was their greatest fan. Then he noticed that his car was nearly out of petrol. Oh typical, he thought to himself. All I want to do is get home, grab a few beers and watch the game. Is that too much to ask? Now I’ve got to find a garage and the nearest one is by miles away. I’m never going to get home at this rate.

John stamped his foot down hard on the pedal and cut through traffic like a maniac. He ignored the horns and the flipped fingers and when he pulled up in front of the pumps he wasted no time in filling up. Then he dashed inside to pay but, sadly, he didn’t notice he had left his keys in the car. He was in way too much of a hurry to get home.

When John came back outside his car was gone. John was so angry he thought he was going to burst a blood vessel. “If I ever get my hands on that thief he’ll be sorry,” he shouted. But the other motorists ignored him. They figured he was just another crazy.

John ran to the police station to report the theft but by the time he arrived home his dinner was cold and he had missed the match he wanted to see.

“Well, that’ll teach you not to leave your keys in the car,” said his wife in the tone of voice that set his teeth on edge. You should be more careful.”

But John said nothing. He knew she was right and that just made him feel worse.

The next day John had to go to work on the bus. It took ages and he was in a bad mood all day. But when he went home that evening he couldn’t believe his eyes. There was his car sitting outside his house with not a scratch on it. John saw that his keys were on the dashboard and a letter was on the seat!

He opened the car door and picked up the letter. He took it inside his house to show his wife. “I wonder who it’s from?” he said.

She shrugged. “The thief I guess. Why don’t you open it and see?”

So John did as he was told. His wife was right. The letter was from the thief.

Dear Sir,
Please forgive me for taking your car but I had no choice. My wife was ill and I had to take her to the doctor. She is better now so I have returned your car. I am very sorry for any trouble I have given you. To show you how sorry I am I have put two tickets for this weekend’s big match at Old Trafford in with this letter. I hope you and your wife will go and enjoy the game on me.
PS I’ve also put in some cash so you guys can have a slap up meal after the game.

Now John’s wife was a huge Manchester United fan just like her husband. So they both yelled for joy and hugged each other.

“Oh my god I’m so excited,” she squawked, “I’m glad you left your keys in the car now, babes. I’m sorry I told you off.”

“That’s all right,” replied John grinning all over his face, “I wanted to kill the thief at the time but now I’d like to shake his hand.”

“Well, I want to kiss him,” said his wife. John thought this was going a bit far but said nothing.

When the day of the game arrived John and his wife drove off to Old Trafford. They loved the game – which United won. This put them in a good mood for their meal. It was very late that night when they finally arrived home. But when they opened their front door they were stunned to find that their house had been robbed.

“Oh no,” yelled John. “A thief has taken everything!”

John ripped it open and read it.

I hope you enjoyed the match. I knew you were United fans from the ‘We’re Red Devils’ sticker on your bumper. Oh yes, and next time you fill up with petrol here’s a tip – don’t leave the keys in the car.