A Cure for Cancer 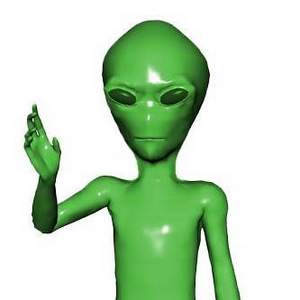 Jim Jones was on a hunting trip in the Alaskan wilderness. He drove his jeep along the bumpy track deep in the forest. The trees crowded in and at last he could go no further. He picked up his gun and jumped out of the car. He put his pack on his back and sniffed the air. His thin lips pulled back from his teeth and he grinned like a wolf. Jim was a happy man. He was a killer on the loose and he was where he wanted to be. He moved silently through the dark woods with his gun at the ready.

Jim Jones was a big man with a hard cruel face. His cold eyes were the colour of ice on a frozen pond. He liked hunting because he enjoyed killing things. His father had given Jim his first gun on his tenth birthday. They had spent the day shooting at tin cans on a fence post. But this didn’t interest Jim. He wanted a live target. He had started by shooting small birds and rabbits. Then, as he grew older, he started hunting deer. After a while this began to bore him. He wanted bigger game. So he hunted moose. But soon he found this dull. Jim wanted a prey that would fight back. He wanted danger. He wanted to kill a bear. Jim didn’t want just any bear. He wanted to shoot a grizzly. This was against the law. But Jim Jones didn’t care for the law. He didn’t care for anybody but himself. If he wanted to do something he did it. He didn’t let anybody stop him. Very few people tried. Jim Jones was a bully and nobody liked to get in his way. He was trouble with a capital ‘T’.

Jim Jones was good at hunting. He slipped like a shadow from tree to tree. His sharp eyes saw every bird and animal in the forest. But he didn’t see a grizzly bear. This didn’t worry Jim. He had a good idea where he would find one. On his last trip he had found a cave where a grizzly bear lived. Jim was on his way there now.

Like all bullies, Jim Jones was a coward. He wanted to kill a grizzly bear but he didn’t want to give the bear the chance to kill him. So Jim had set a steel trap for it. The trap was a wicked thing. It had razor sharp teeth that would snap onto the bear’s leg and not let go.

“That old grizzly will be mad as hell”, Jim said to himself, “I’d better take care not to get too close. One blow from its claws could take my head off.” Then he smiled. “Don’t worry, big man,” he muttered. “It wouldn’t be any fun if it was too easy.”

When he came close to bear’s cave, Jim stopped to listen. He was puzzled. He expected to hear the grizzly’s cries of rage. But the woods were silent. He licked his lips. He was nervous. He crept forward slowly. He had his finger on the trigger of his gun. Jim felt the sweat trickle down his back. There was a knot of fear in his stomach.

Jim gulped and then stepped out onto the track. He nearly dropped his rifle in surprise at what he saw. Instead of an angry grizzly bear there was a space alien in the trap. The alien turned its head to Jim and said in English, “Please help me.”

Jim stared open mouthed. The alien had golden skin and large dark eyes. Its face was twisted in pain. The alien groaned in agony. It was badly hurt. The steel jaws of the trap were crushing its leg.

“The trap wasn’t meant for you,” said Jim gruffly, “I was trying to catch a bear. You should have been more careful.”

“Where’s the grizzly?” asked Jim. He looked up at the cave mouth. “I’m not staying here if that bear is anywhere around.”

“No, you are quite safe,” replied the alien. “I scared it away with my sonic blaster.”

“I am not a killer,” answered the alien simply. “But I am in agony. So are you going to free me from this trap?”

Jim narrowed his eyes. He stroked his chin but he made no move to open the trap.“Why should I?” he said at last. “No. I think I’ll go back to my jeep and drive off to fetch the police. Then I’ll be famous as the man who caught a space alien.”

The alien looked at Jim with sad eyes. “I’ll be dead long before you return,” he said.

“Too bad for you,” snapped the cruel hunter. He turned to go.

“Wait!” called the trapped alien. “I can make you rich beyond your wildest dreams.”

Jim stopped. He stared at the alien. “How are you going to do that?” he asked. “I can’t use alien money on Earth.”

“I know that,” said the helpless creature, “but I can show you how to cure cancer. Then you will soon become the richest man in the world.”

Jim Jones shook his head. “I’m not a doctor, I’m a hunter,” he snarled, “I kill things, I don’t make them better. Anyway, I wouldn’t understand how to do it.”

The alien took a deep breath. Its whole body shook with pain. Then it said in a weak voice, “You don’t have to know how to cure cancer. I will give you the formula. You can sell it for a billion dollars.”

The evil human’s face lit up with greed. “A billion dollars” he shouted. “Now that’s more like it.”

“Do we have a deal?” asked the alien.

“Yes”, replied Jim. “Give me the formula then I’ll let you out of the trap.”

Jim nodded and opened the steel jaws of the trap. He took hold of the alien’s arm and pulled him to his feet. He shook the creature hard. “Now give me the formula or I’ll put you back in the trap,” he said.

The alien reached into a pocket and took out a piece of plastic and a laser pen. It wrote down the formula and gave it to Jim.

“There you are,” it said, “You will now be rich.” The creature shook its head sadly. “It is strange,” it went on, “you are a bad man yet you will do a good thing. You will save the world from a terrible disease and people will bless your name for ever.”

“Whatever,” grunted Jim. Then he told the alien to go before he changed his mind and put him back in the trap. The alien limped slowly away. He had only gone a few yards when Jim aimed his gun at the alien’s back. He pulled the trigger and fired all his bullets. The alien didn’t stand a chance.

Jim Jones strutted over to the dead alien. He turned its body over with his boot. “Well,” he said with pride. “I guess this makes me the best hunter in the world. Other men can shoot moose and bears but I just shot an alien. I think I’ll go back to the jeep and get my camera. I need a photo of this.”

As Jim Jones turned to leave he came face to face with the grizzly bear. He hadn’t heard it return. It wanted to go back to its cave. It was still very, very angry. Jim’s gun was empty. But the bear still had its claws.