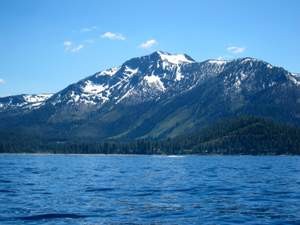 It’s as blue as blue can be,
God made it so Heavenly,
It’s as beautiful as it can be for
As far as the eye can see,
Those rippling blue-green, peaceful waters
Of the ever popular, Lake Tahoe,
We took a ride out on that beautiful Lake Tahoe,
My sister and me,
An afternoon of pure relaxation
Nowhere to go,
Just cruising along on Lake Tahoe,
We stayed at the Harrah’s Hotel,
We took in some shows,
The most important was Tom Jones
He is our favorite, he is the one,
We also took in Sammy Davis,
He was a ball of fire,
A real energizer,
We took time out to gamble,
And play the slot machines,
We had a nice relaxing dinner,
At a restaurant where the maitre’d
Informed us of another Mariotti
A man named Val,
Who often dined there,
No relation of course to us,
All in all a splendid vacation,
My sister and I were happy
To have traveled to,
Lake Tahoe back in 1982. 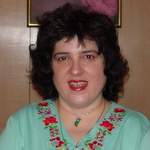 Celine Rose Mariotti is an author and poet whose work has been published in the Australian magazine FreeXpressions, the American magazines Poetsespresso of California, Storyteller Magazine of Arkansas and the online magazines Poetic Monthly and Pink Chameleon. She has written several books. Celine lives in Connecticut, from where she travels widely with her mother and sister. Their travels include Caribbean cruises and an annual visit to Las Vegas.