The Radiator and the Bra 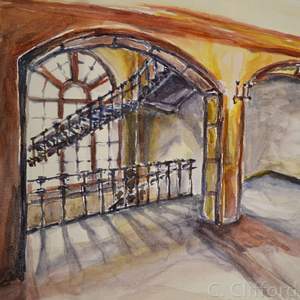 It was a time before cell phones, email, when people still wore watches and when computer science majors had to sign up for time in the wee hours of the morning for timesharing on the mainframe computer to run their homework assignments. Those are years with no shortage of memories, but the ones that stick are those laced with physical reality. Like the all night (insert appropriate term here). There were the nights we slept in a couple of cars to block people from parking on the buggy course, but some of the overnight events were more memorable than others. For example, our pledge scavenger hunt.

It was the early ’70s and our pledge class was small – six guys, and half of them were commuters (but not to worry – it worked out well in this case).

And two were named Stanley, which made a total of three in the fraternity when you counted the upper classman, brother Stanley N, a math major from New Jersey. Yeah, back then we knew both city and state, but some memories fade faster than others.

Stan E was also from out east, the other Pennsylvania, and majoring in economics. But Stanley number 3, who also went by Stan and whose last name I have forgotten – oh, the shame! – commuted from Squirrel Hill, and he had a car.

That figured prominently in how we were divided into teams of three. Squirrel Hill Stan was our driver, paired with the two Toms – both also from Pittsburgh suburbs but living on campus (without cars).

Like most of these pledge events – actually, like most of the fraternity events – the scavenger hunt was a good excuse for the upperclassmen to hang around and drink beer while they waited for the inevitable hilarity of the pledges’ return. In this case it was set up by the ambiguity of the list. Granted, a few things were pretty straightforward – a railroad tie – how much variation can there be with that? Fortunately, I had seen a stash of recently replaced cast-offs near the South Hills junction trolley stop. After threading one in through Stan’s passenger side window – gosh, they’re heavy and messy – we headed back through the Liberty Tubes and prayed he wouldn’t get too close to the walkway handrail on the right and send a battering ram through the back window.

But what about a radiator? To this day I think the other team of pledges cheated by going to a scrap yard and bringing in a leaky old radiator from a rolled-over Ford pickup. The other Tom on our team remembered seeing a cluster of radiators that had been removed from service in the bottom of a stairwell in Baker Hall. Simple, right?

Let me tell you, one guy can’t carry even a small radiator very far, especially when you have to go up a flight of stairs then heft it into the trunk. The plan seemed so simple and straightforward – but holy cow! How heavy are those things, anyway? (Note: that radiator remained for years – to this day, as far as I know – as a history-laden, hand-me-down footrest in room 2A, or definitely somewhere on the same floor.)

When it came to finding a bra, things were a bit more challenging. I had only recently met the woman who would two years later become my wife and we certainly hadn’t gotten to the point of lending each other undergarments for scavenger hunts or any other purpose. The other Tom? Well, he never did end up having a girlfriend that I’m aware of. So that left Stan, and it kind of explains how we ended up in his basement, where his mother had conveniently hung the laundry to dry.

To a young man in the 1970s, recently graduated from high school and now a college student, just the thought of a bra was an awesome thing. (Remember, these were the days of Dustin Hoffman playing “The Graduate.”) Kind of like the golden fleece, bras were conceptually nebulous and yet held all that was good and desirable in life. Come to think of it, that may still be the case, but I digress.

Even as bras had become optional for young up-and-comers in academia and perhaps beyond, the mystique associated with them had not diminished. We can thank Victoria’s Secret and others for maintaining that allure, but again I digress. It probably has something to do with all those afternoons spent walking aimlessly through the halls of Greek sculpture in the Carnegie Museum, just across the Forbes Avenue bridge. Am I digressing yet again?

In Stan’s basement, it only took a moment to snatch one of his mother’s older bras, one we figured had seen better days and wouldn’t be missed. But it was seriously a case of meeting the letter rather than the spirit of the law. I didn’t know much about cup sizes back then, and even now it’s not the real measure of beauty and desirability as far as I’m concerned, but these things…. they would have held volleyballs. Talk about redefining something from lingerie to hardware – it was a tool, for crying out loud!

And so it was that we, the soon-to-be fraternity brothers, built memories of our never-to be-forgotten time together. May the next generation be so fortunate, so forgetful, and yet have such great memories. 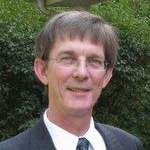 While studying music in the College of Fine Arts at Carnegie-Mellon University, Pittsburgh, Tom Klemens (class of ’74) became best friends with a fellow music major. They married, finished their degrees and, several years later, moved to Chicago, where they raised two boys and are living happily ever after.

Colleen Clifford (class of ’16), whose original artwork illustrates the story on this page, is currently pursuing a Bachelor of Architecture degree at Carnegie-Mellon University’s College of Fine Arts.
http://www.colleenclifford.net/